I've decided that my time being apart of this community will be coming to an end. This is a decision that I've thought about for quite some time and trust me this wasn't an easy decision. I was debating on whether to make a thread or just go out without saying a word, but I feel out of respect for the community I should at least make a farewell post.

When I think of my journey on Pawn, I think of how grateful and blessed I am to be in this position today. I've been through so much adversity and had all the odds stacked against me time and time again. I honestly never expected me to still be around along with playing a key part in the community. I also think about the people I've met on here over the years along with all the memories. These memories involve the best moments I or my teammates had during clan wars, public matches, or just the good times I've had chatting with people and the great teammates I've had over the years. Words can't describe how thankful I am to be apart of this incredible journey that I will forever cherish. To think I started a trend with the word "Cenation" throughout the Pawn Community that has lasted for so many years and yet still exists today. I hope with my departure the word still continues to exist (I will be holding everyone accountable for that).

All jokes aside, I feel it's best that I part ways with the community. I've felt very unhappy with the community to the point where I don't even enjoy playing the game nor being around anybody. It's really tough to feel as if I'm being pushed away from the game I once loved, but at the same time I feel at peace. I wouldn't want to change anything about myself and feel I've done everything I wanted to. Whether it was my achievements as a player, achievements with clans I was apart of, being a leader of the community, and being one of the biggest names in the history of Pawn. I have to say I went far beyond my expectations being apart of this community and the things I did were unimaginable. When I use the word "unhappy", I asked myself the question "When did I start becoming unhappy with Pawn?" along with "Why?".

"When did I start becoming unhappy with Pawn?"

My unhappiness with Pawn started halfway throughout the time period in which I was a Pawn Tactics Moderator. As time went by my unhappiness began to grow stronger and stronger to where I've reached my breaking point. I will say around one month ago is when I first had the thought of me not being apart of this community anymore. I decided to give my thoughts some more time because I don't like making a decision out of "emotion". As time went by, my feelings has not changed since and in fact I feel the state of the community has gotten a lot worse than what it was one month ago. I don't see anything changing and maybe this farewell thread can motivate a lot of you to step up and be leaders in this community rather than be toxic, especially if we will be having future people joining this community.

"Why did I start becoming unhappy with Pawn?"

I will say me being unhappy has to do with a mix of a lot of things. There are just a lot of actions I've seen happen that I disagree with nor wouldn't allow. On top of that I feel I don't "fit in" with this community anymore. I was really excited that we all got a fresh start, but I've came to the realization that the "fresh start" has no place for me. My visions for this community is a lot differently than what they are today. I expected a lot more, but instead got a lot less. In all reality this isn't a fresh start, everything is just the same but worse. The only great thing we got was our old site back. We did get a new staff, but at the same time that's not a change. In the end we are all people and leaders in this community, power and roles mean nothing. I do feel some people should have a stronger say than others due to their experience and maturity, but I've learned over my course of being a Moderator that the only people that truly have a say are the Admins. That to me is how things should work, but at the same time the decisions I've seen for quite some time have been poor. All I wanted to do was to make a difference and I feel I can't even do that anymore. Instead I have to sit back and watch the leaders (staff or members) of this community run Pawn straight to the ground, which I will not be allowing anymore.

I just want to thank each of you for welcoming me into this community with open arms. Words can't express how fortunate I am to stop across this game when I was just a little kid. All of you watched me grow, whether it was a player or as a person. You guys stuck with me through the good times and the bad times in which I couldn't be anymore appreciative for. I have nothing but love and respect for each of you no matter how poor I've been treated over the years by some of you. I hope you all reach your full potential in life or in this game. I really hope each of you fulfill your dreams and get whatever you desire. As tough as it is to say goodbye, another chapter awaits. I understand this community can go on without me and I understand I can go on without this community. It's pretty emotional typing this up, but I do know in the end this is what is best for me and what is best for the community. I'm not going to say this is goodbye forever, but I will say you guys won't be seeing me soon. If I feel the time is right, I will consider coming back to this game but right now I feel it's a long shot. However, my feelings can change over time and anything can happen. In the end I really wish for nothing but success for Pawn and hope one day everything we all want to happen to Pawn, happens. That the community becomes active than it was at any time period along with the game becoming a huge hit. That instead of hundreds of players, we'll see thousands of players. And instead of thousands of players, we'll see...well one can only dream right?

I can say so much more and I'm sure you guys know that as well (for those that know my history of essays), but it's time to say goodbye.

Farewell Pawn, until next time.

Have fun man i know what you mean about the community, just do what ever is more entertaining

Pawntactics is not gonna be the same without JohnCena. We had some good laughs warrin in WXD even if we didn't get rank 1!!

You and I had this long talk yesterday night, and it's a shame the community can't support the people that kept this game alive.
Much love brother, we will still talk everyday, hopefully their comes a time when people are less selfish and are capable of viewing the bigger picture.

Rise Above Hate, hope you come back someday

It's sad to see one of PT's most iconic players leave.
Toxic behavior is indeed a problem here, but it's nothing new. We always had that problem in the past (but there are many games where the community tends to be toxic).

Wish you reached out to me with any concerns you were having. Nevertheless it will be said to see you go! I hope life leads you to great places. 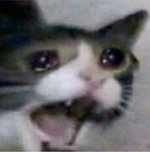 this is von right now because of you jc

Goodbye JohnCena, you are very gifted in essay writing and I wish you the best, to the extent that internet strangers can give one another. Thank you for being wholesome

My heart is tearing to shreds... Farewell Champ!

I enjoyed Supporting you

I never thought I would see another JC essay again.
Anyway, it was nice playing and working with you on Pawn Tactics. I wish you the best in life beyond this game. Please don't forget to visit us once in a while.

Zylinderknopf said:
Toxic behavior is indeed a problem here, but it's nothing new. We always had that problem in the past (but there are many games where the community tends to be toxic).
Click to expand...

Some of the toxic players are on watch by Alex and Crim. It's still unfortunate though.

Alex said:
Wish you reached out to me with any concerns you were having. Nevertheless it will be said to see you go! I hope life leads you to great places.
Click to expand...

Damn jc. I will miss you man. who tf is gonna be our 3rd

enjoy retirement JC, you were a helluva opponent to face in CWs! perhaps you'll have two meds in retirement as well jkjk you were a great guy! peace

bye jc. had lots of fun cwing against you! i expect to see you bak in 6 months to make my hof induction
You must log in or register to reply here.
Share:
Link
Top Bottom