After reviewing Chernobyl and HBB's FR map, we came to the conclusion that spawn camping and difficulty in killing the flag carrier are the two major issues.
Well, I have a solution! My map solves both problems ;D

Besides the image of the map, I also included a visual that demonstrates how the gameplay will work.
- The red line represents a shorter but relatively dangerous path.
- The black line represents a longer but relatively safer path.
- The rectangles in cyan are the locations where intense fighting is expected to occur.
- The zone is actually a wall that you can't shoot or nade through.
- A guard might be need to protect the flag carrier in the narrow path near the red / blue flag.
- Suitable for (3, 4, 5) clan war matches. 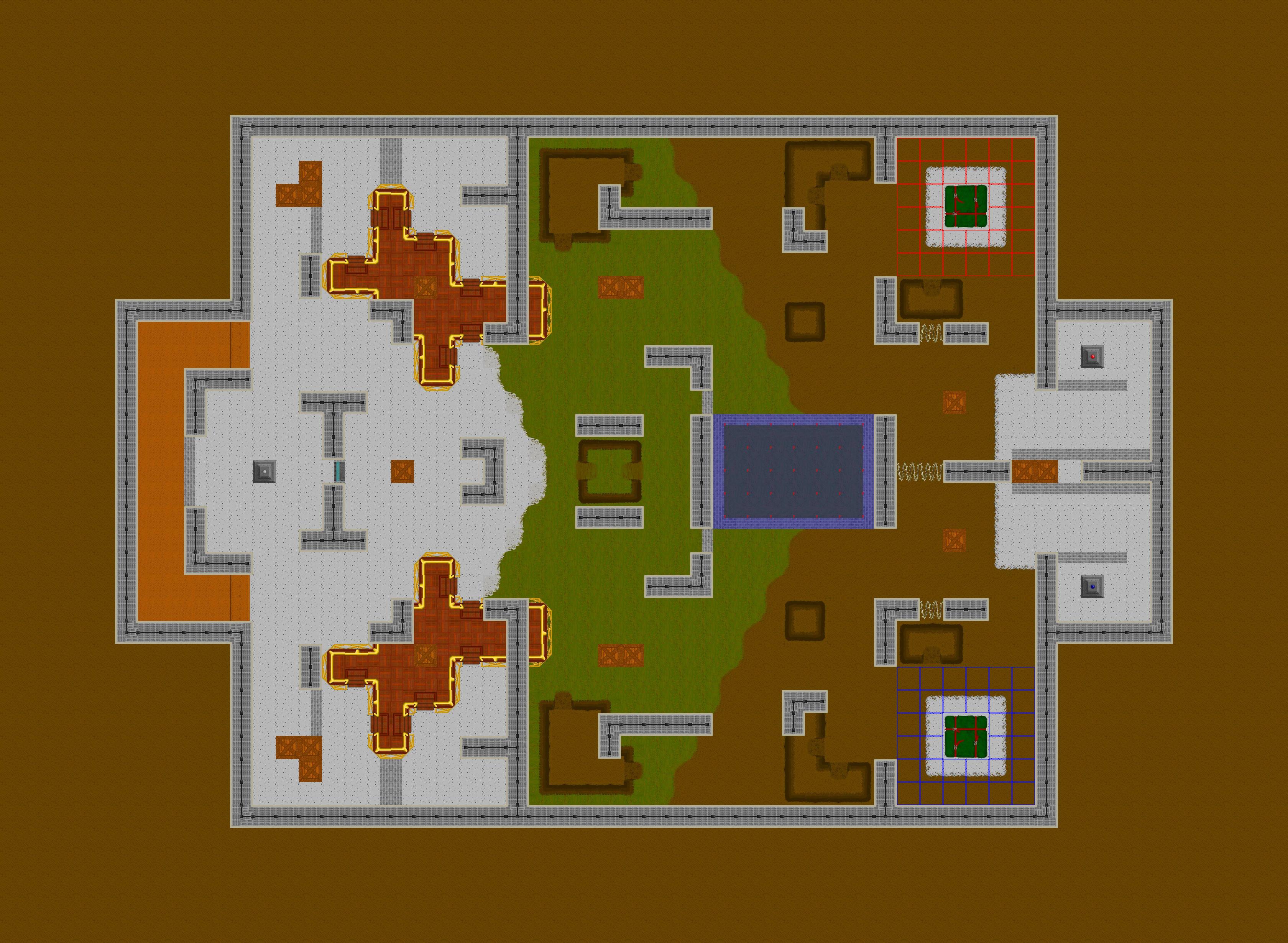 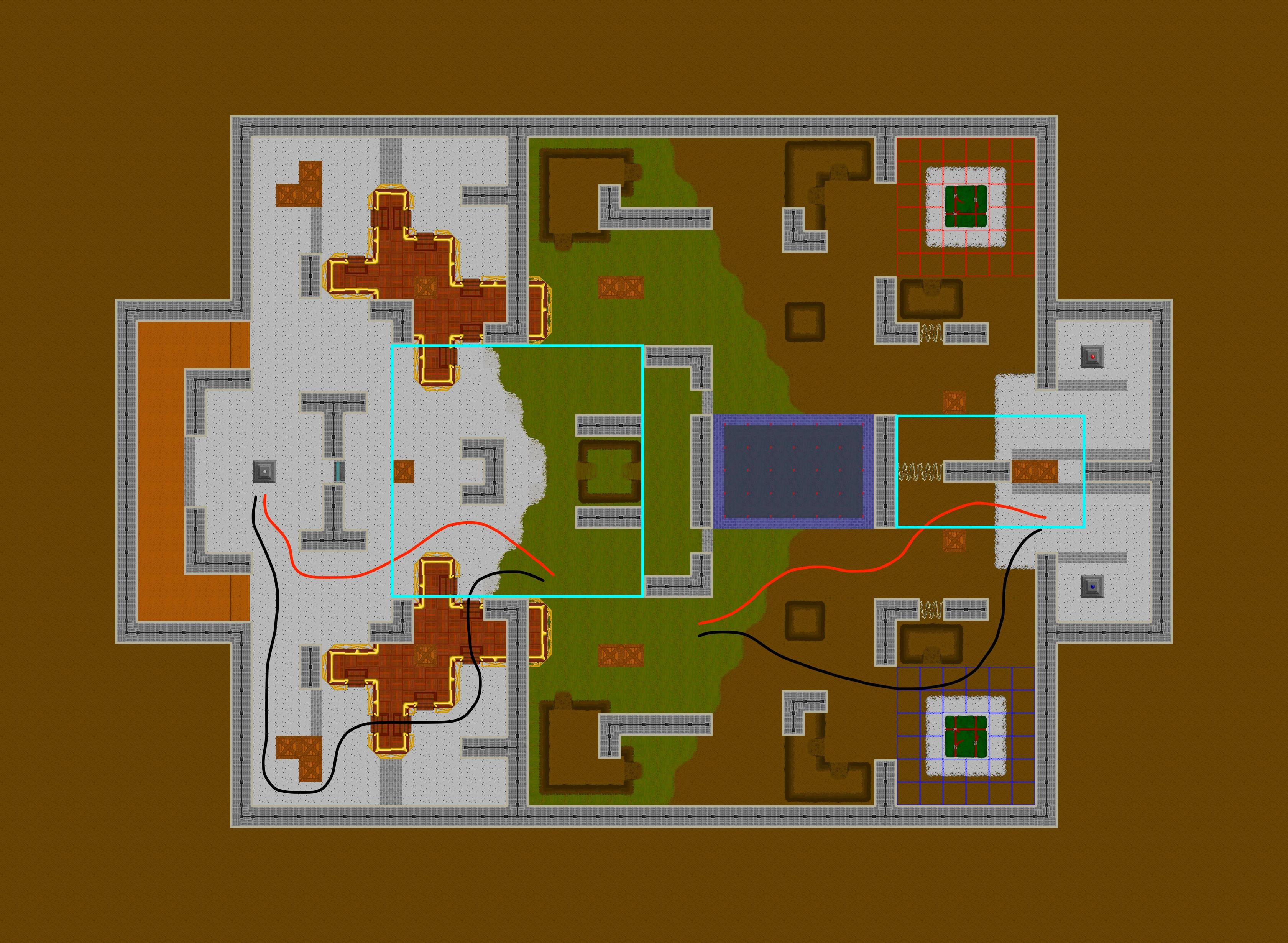 This is so dope! I spot three new tiles(that barbed wire is tricking me). Who made those tiles? This looks like a good map.

Nice map but bring back ItsMap and TTF

Because the spawns are so close together, it could allow for an assault to grenade spam them, while 2 recons take the neutral and enemy flags. I (personally) would space them out a bit more.

Without playing it though, that is the only negative I can find. Good work MoMo.

PS: Where is the MoMo tag on the map, it's incomplete without it

A new MoMoLand: My dream has been realized.

Anyway, I really like the design of it. I think that the combination of size/layout would give game play a balanced feel on both offense/defense, and that teamwork would be paramount from start-to-finish.

Great map, but I find that you including your username in every map is narcissistic.

Who made the new tiles? Can you provide screenshots of them so we can look at them upclose?

@Chernobyl
You got a good point, but I doubt it will be a big problem if both teams are balanced. Without playing on it, I can't tell for sure since it is a new game mode that has not been servered.

@Legend
I am working on a portfolio of MoMo-themed maps.

@fadingbreeze
I don't remember who made those tiles.