I noticed that when playing with fast firing guns, there were certain times when my fire rate drops. I found out why.
On the bottom row floors in the 3x3, during certain avatar locations, the gun doesn't shoot when I aim at the bottom Ladder block. This also happens with the bottom Spawn blocks as well.
I don't know what's going on here, but I've been able to reproduce it.

In the two pictures below, I'm holding down the Shoot Button, but nothing's happening. 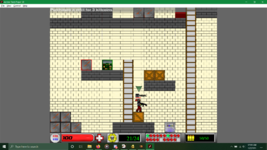 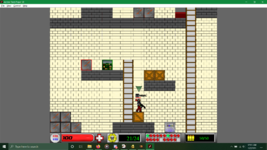 Im also unable to shoot in these locations. 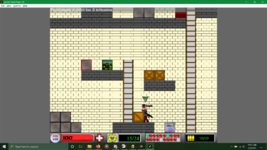 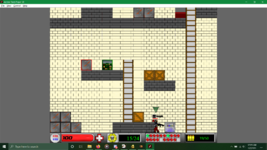 However, weirdly enough, if I step on this section of the floor, then Im able to shoot again. 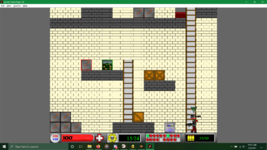