Fixed Can't shoot when I aim at a certain point

This was discovered in the map, Shining Solo. When the avatar is on the lowest row of blocks and tries to shoot at its own block, the avatar will not shoot its gun.

I've provided two screenshots where I was spamming my "Shoot" while my cursor (which doesn't show on the screenshot) is on top of my avatar. On the second screenshot, we somehow managed to replicate the bug even on the 2nd lowest row (the cursor is on the lowest block with the metal pole background). 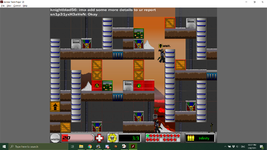 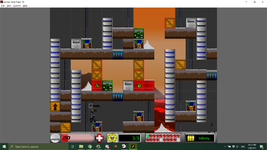 I noticed that when playing with fast firing guns, there were certain times when my fire rate drops. I found out why. On the bottom row floors in the 3x3, during certain avatar locations, the gun doesn't shoot when I aim at the bottom Ladder block. This also happens with the bottom Spawn blocks...

Can't shoot at the ground when there's no tile there. Tested in Billy's BunkerBuster.