We reached past the 13th anniversary of PT, that debuted on March 2009. For PG, this will be the 15th anniversary (May 2007). We have indeed came a long way as a community, and to continue the legacy, we are hosting a PG and PT community event. Interestingly, every summer we have this stint to play both games, so why not officially host one? Past and returning players have inquired to play, and this is our first event of the year, so here you go:

I appreciate the responses on our Pawn Discord for you guys that have replied. If anyone is capable of recording, take a video of our matches and post it on YouTube. Something to look back down the line. Also, feel free to post your screenshots here.

Friendly Disclaimer: Please don't ask me about consistently hosting these. While I wouldn't mind occasionally, if someone like me can host this, then let this be a reminder that you guys have the power to make a difference! Many of you, especially and surprisingly the OG Pawn Game players, have asked about wanting to play again. Personally, it was due time to host another event, and a particular one at that. A potential "anniversary" event that has never been done before.

Lastly, I can not officially consider this an anniversary event, because someone with higher authority should have the honor to host an anniversary. That being said, lets roll.

Thanks for this successful event Sky, looking forward to work with you with your future ones!

Some screenshots from PT's first community event. A couple of deathmatches along with some Layers. Make123 dominated, feeling remnants of his primal form. Post your highlights from last week here! 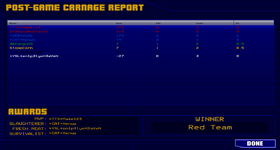 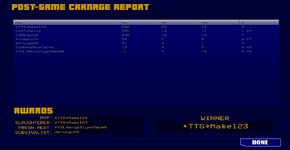 That make123 has got to be stopped. I will definitely be around next time to form that resistance.

ANNOUNCEMENT: We are officially set for the Pawn Game event. Also, we're hosting a second PT community event. We had a couple of people that missed last week's PT event, a couple of newly members, and a few individuals that are interested in another event. Good news, here's your chance for another opportunity!

Note: Try to make some videos, and screenshots, if you're able to. For the PT players, for this second event, let's get a few public matches going, and then some clan wars.
Last edited: July 28, 2022